Fun With Type-Part 1 is the homework for the Beyond Layers eCourse created by Kim Klassen. Here is my attempt at having fun with type. Yesterday was the 75th anniversary of the Golden Gate Bridge, so my sister and I went to the bridge to celebrate. I must say that the bridge was looking its best and made for some beautiful pictures. 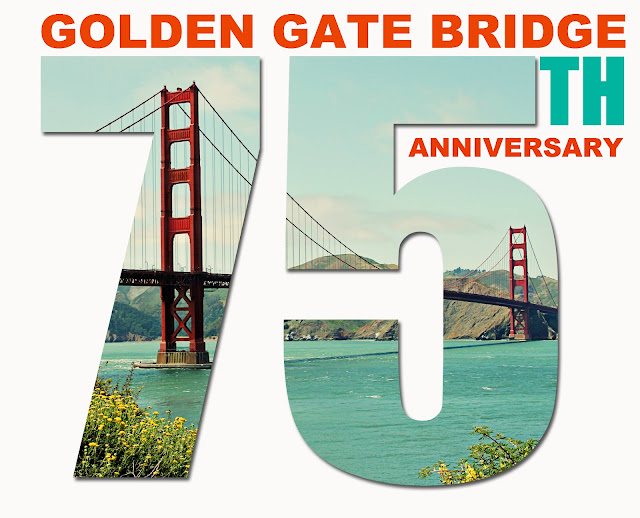 The Golden Gate Bridge often appears red in photographs, but it is actually painted International Orange. Hence the orange type in the above photo. I tried to match it up as closely as I could. 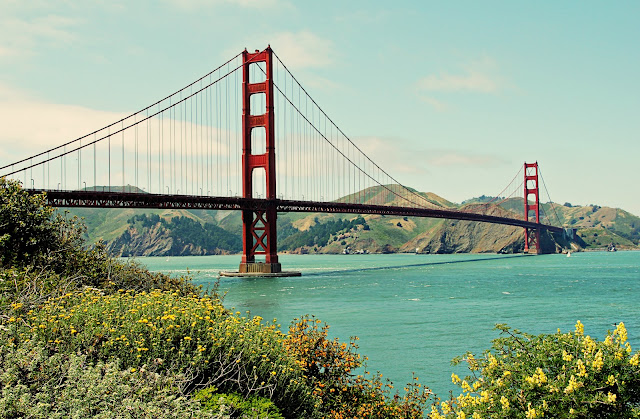 Of course, I couldn't resist capturing a moving picture of the lovely couple sitting under the tree enjoying the view.

Even Google joined in on the celebration! 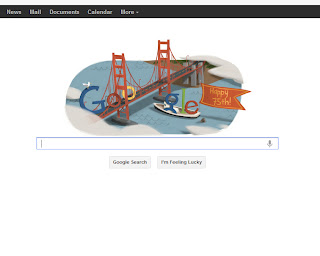 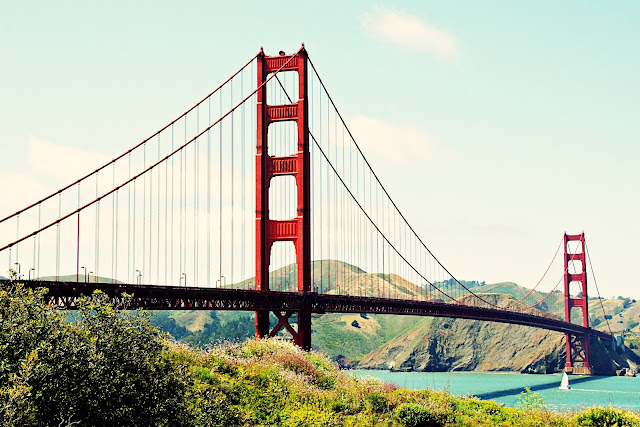 One picture I didn't get to capture was the U.S.S. Nimitz coming into the bay with the sailors lined up on the deck saluting. I find that scene so striking that it almost brings me to tears whenever I see it. Plus I have a soft spot for sailors, my son is one (He is on the last tour of the U.S.S. Enterprise before it is decommissioned). At the time the Nemitz came into the bay, my sister and I were in the food court which was too far from the shore, so I missed it. It didn't help that the first thing I saw when I logged in to Yahoo this morning was the picture of U.S.S. Nimitz that I didn't get to take : (

Fun With Type-Part 2 is the new assignment for Beyond Layers. Our first prompt for a week of inspired quotes is LIFE. With today being Memorial Day, I couldn't help but think of the service men and women who put their lives on the line for our country. So it only made sense to do a patriotic quote to remember them on this day. 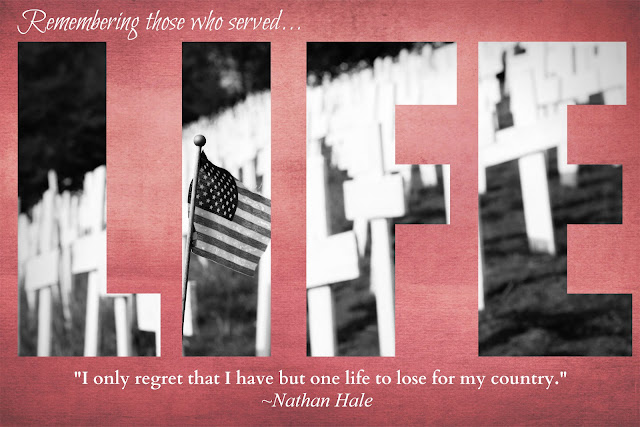 The background is a picture of The Crosses of Lafayette I took last year. It is a very moving reminder of the men and women we have lost in the current wars. 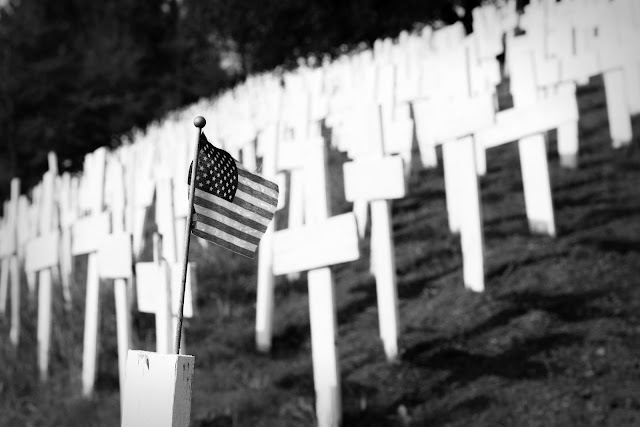 With the tears a Land hath shedTheir graves should ever be green.~Thomas Bailey Aldrich

I thought I had already taken photos for the Texture Tuesday LIGHT challenge, but I changed my mind after Sunday evening. Yesterday, May 20th, was the annular solar eclipse. From the S.F. Bay area, it was only a partial eclipse, but still very exciting.
My sister and I went up to Mt. Diablo to view it with the Mt. Diablo Astrological Society, but we were running late, and by the time we got there the campground was packed. The park rangers told us we would have to drive up to the summit to view the eclipse. We only had minutes to spare before the eclipse reached its peak, so we hurried up the mountain.
Well when we got to the summit it too was full, and the park rangers weren't allowing anyone else to park in the parking lot. My hopes of viewing the eclipse were dashed! Fortunately, I remembered a parking lot just a bit down from the summit, so we went there to park. Although it didn't appear to have much of a view, we got out to look around.
My sister is much more outgoing than I am, and she went up to the other photographers and asked them how they were photographing the eclipse. She called me over to let me in on their secret. The photographers didn't have any special solar lenses to photograph the solar eclipse, they were using mylar! Huh? Yes, mylar! One couple was simply using the silver lined wrapper of a breakfast bar. That mylar wrapper gave the sun a very yellow and orange appearance. Here is the wonderful couple that allowed me to use their breakfast bar wrapper to take the following moving picture. 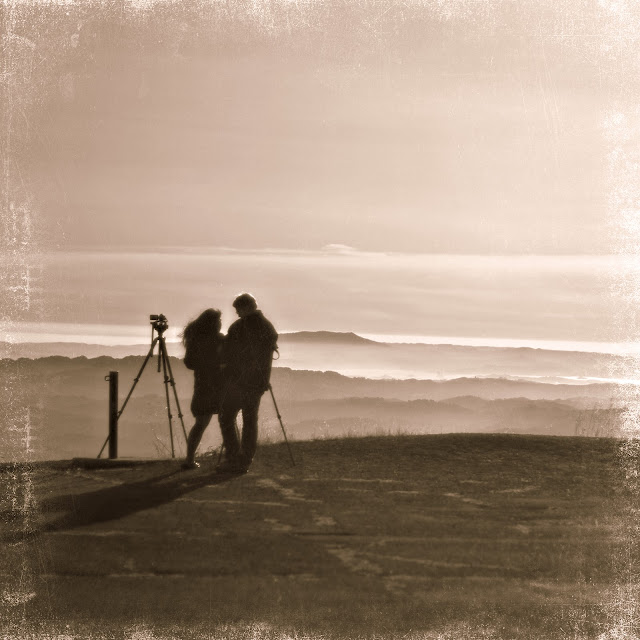 Then there was another photographer who had gone to a telescope shop to buy a special type of mylar to make a telescope filter. He bought extra to make filters for his camera lenses, and some sunglasses too. He was just as generous and let me borrow his homemade lens filter so I could take pictures of the eclipse. The mylar he used made the sun appear white and is the second of my moving pictures.

The "icing on the cake" was being able to view the solar eclipe through the telescopes of a person who parked in the lot also.  This man brought two   telescopes with him to view the eclipse. He was allowing everyone to use the telescopes, and was a wealth of information because he is one of the ambassadors for the NASA Solar System Program.  His telescope allowed us to see sunspots and solar prominences along with the eclipse. It was very exciting! 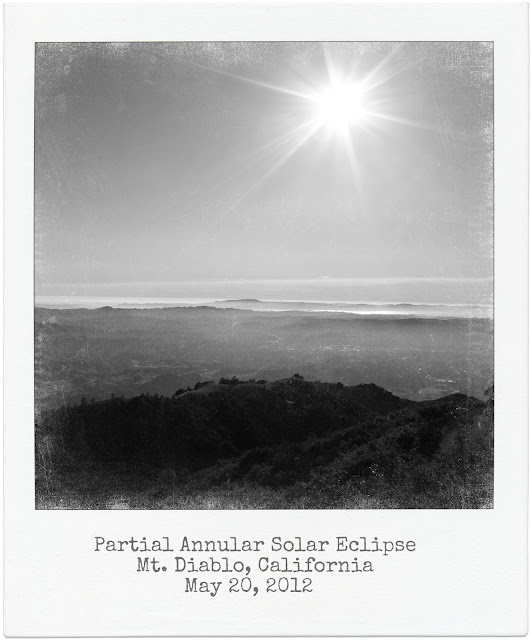 O.K. I'm heading over to hook up with

There's nothing like starting the week with a fun project! This week's optional theme for Moving Pictures Monday is Creatures! I was hoping to come across some kind of creepy creature to play around with for this theme, but I had no such luck :( Therefore, I decided to go to my archives, and found these pictures of jellyfish at an aquarium I visited back in February. I decided they would do just fine (just excuse the grain please).

If you want to do a fun project, but need instructions on how to make a moving picture, aka gif, go over to georgia b.'s blog, it's just how i see things. She'll fix you up!


Time to get posting over at...

This week's photo challenge is from Andi over at The Hollie Rogue. 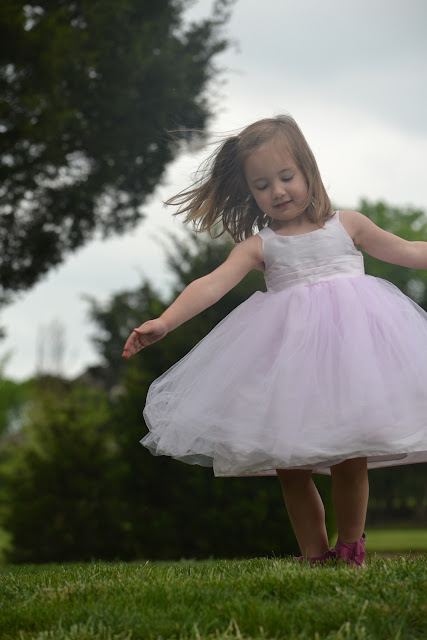 I don't normally do edits of people (because I'm not good at them), but when I saw this photo, it got my creative juices flowing, so I took the challenge : ) I loved that she looked like a fairy princess lost in a child's fantasy. I wanted to give her a soft and dreamy background to add to the look of a fantasy, but I have never transposed part of a picture onto another picture. I didn't let that stop me though, so I took what knowledge I had of Elements9 and combined it with my knowledge of PicMonkey ﻿and came up with this... 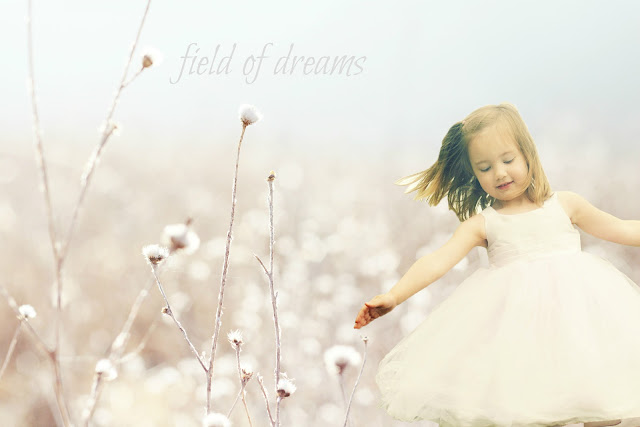 Sometimes I get so carried away with an edit, I forget to write the steps down, but I think I pretty much remember the steps, so here goes...

First off, I opened the picture in PicMonkey so I could lighten it up in Curves. Then I added the Tranquil effect which made her look dreamy like the background I planned to add her to.

Second, I opened the edited photo in Elements9 and used the magic wand to trace the child, then I right clicked and selected "Layer via Copy" and that created a new layer of just the outlined child. I deleted the background layer and was left with the layer of the child.

Third, I opened the background picture which was already edited, and placed the layer of the child on it. I pressed Ctrl+T to transform the child layer so I could enlarge and move it around to my liking, and then I flattened the layer and saved it.

Fourth, the cut out of the child was a bit rough, so I had to take it back to PicMonkey and use the clone tool to get rid of the extra bits that were outlining the child, that was where all the work was, but I stuck with it and was pleased with the results. Once the cloning was done, I think I lightened it once again. Finally, I decided to add some text to title it, field of dreams : ) and that was that!

Edit: I've edited this post to show the original background, and the original addition of the child before I cloned out the rough edges of cutting her out of the original photo. It took a lot of cloning to clean it up, so if anyone knows an easier and cleaner way to cut out part of a photo to transpose onto another photo, I would greatly appreciate your advice : )

If you love to edit photos, you should check out this group, just click below...

Thanks for this week's photo challenge Andi.

Yay! It's Moving Pictures Monday over at georgia b.'s blog. I have loved making moving pictures since the first day I discovered them here at it's just how i see things and here at My Heart Art by Geri. I really thought it was too complicated for me to learn. Plus, I don't have CS5 so I thought that would hinder my learning to do it also. But fear not, it was just as easy to do in Elements9!!! I was like a child at Christmas when I found out how to make a moving picture, also known as a GIF. Now I'm hooked on moving pictures!

This week's theme is Food, but circumstances didn't allow me to use the props I bought for my moving picture, so I went with some photos I captured last month. Although...hmmm, I do suppose it could be food to some creatures in the food chain. Anyway, here is my moving picture for this week, I named it Soaring : )

Time to get posting over at...